Skip to primary content
Some very exciting things are happening in the Mt Hope – Breithaupt Park Neighbourhood and probably the biggest will be the “Multi-Modal Transit Station” (AKA “the Hub”) planned for Victoria and King Streets.

This is a Region project just like the LRT. And, like the rapid transit system, government is hoping to engage in a “private/public partnership” (3P) to build the Hub. In 2012 and 2013 the Region hosted a number of public information sessions and all the information can be found here. Things seemed to be moving along in a transparent manner but then there was silence for almost two years.

MHBPNA CoChairs Lane Burman and Ted Parkinson met with Rob Horne (Commissioner of Planning), Thomas Schmidt (Commissioner of Transportation and Environmental Services) and John Hill (Manager of Development, Reurbanization) in mid-February to talk about the plans for the Hub and also Waterloo Street. A few days after this meeting the Region released a new update report (February 23) which can be accessed on this page.

Officials admitted they had been very quiet for a couple of years but part of the reason is that their negotiations with potential private partners are “delicate” and there is not much that can be revealed publicly. Construction on the Hub will not begin until 2017 and its actual structure is still to be determined. 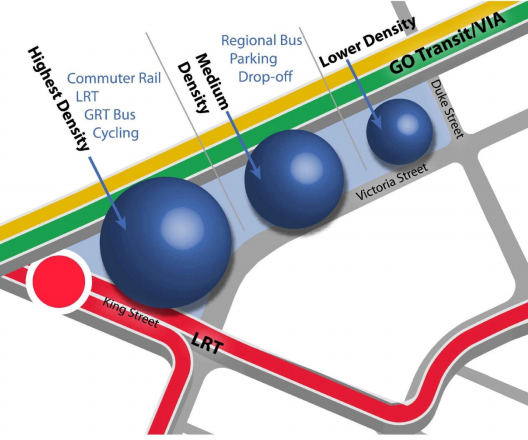 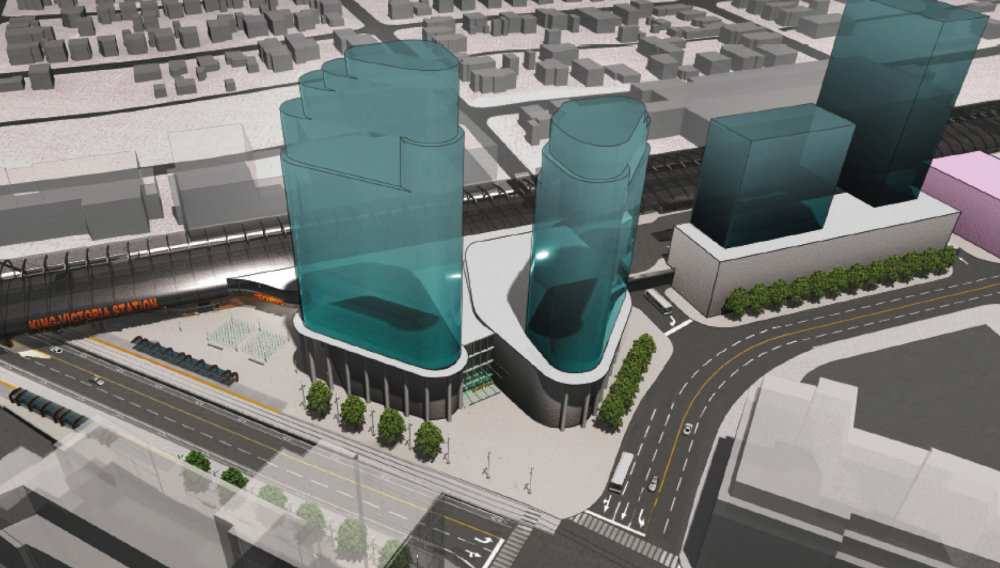 But the final shape is a work in progress and depends on a number of circumstances. For example, if more condos are built around the downtown then there will be less demand in the Hub. A number of options exist for retail, restaurants, offices etc. The different sections (or “towers”) could be built in different phases according to changing demands for different types of space. So this is an ongoing discussion.
MHBPNA has specifically asked for community space to be made available. There has been much condo development in downtown Kitchener over the past few years and more is planned as the province and city have plans to build up intensification. But no new community centres have been developed for many years. We believe people should have places to meet and socialize other than bars and restaurants. Bars can be great, but it is hard to run a Lego or “self-defense” program in them. The Region’s response to the community space issue was “that is up to the City of Kitchener to pay for so you should talk to them”. We were a little disappointed in this reaction but will press the issue at every opportunity.
Please read the latest report for all the Hub details. Public Meetings are being planned within the next couple of months.
Ted Parkinson, CoChair MHBPNA

Update on Waterloo Street will be posted on this Blog soon!

This site uses Akismet to reduce spam. Learn how your comment data is processed.